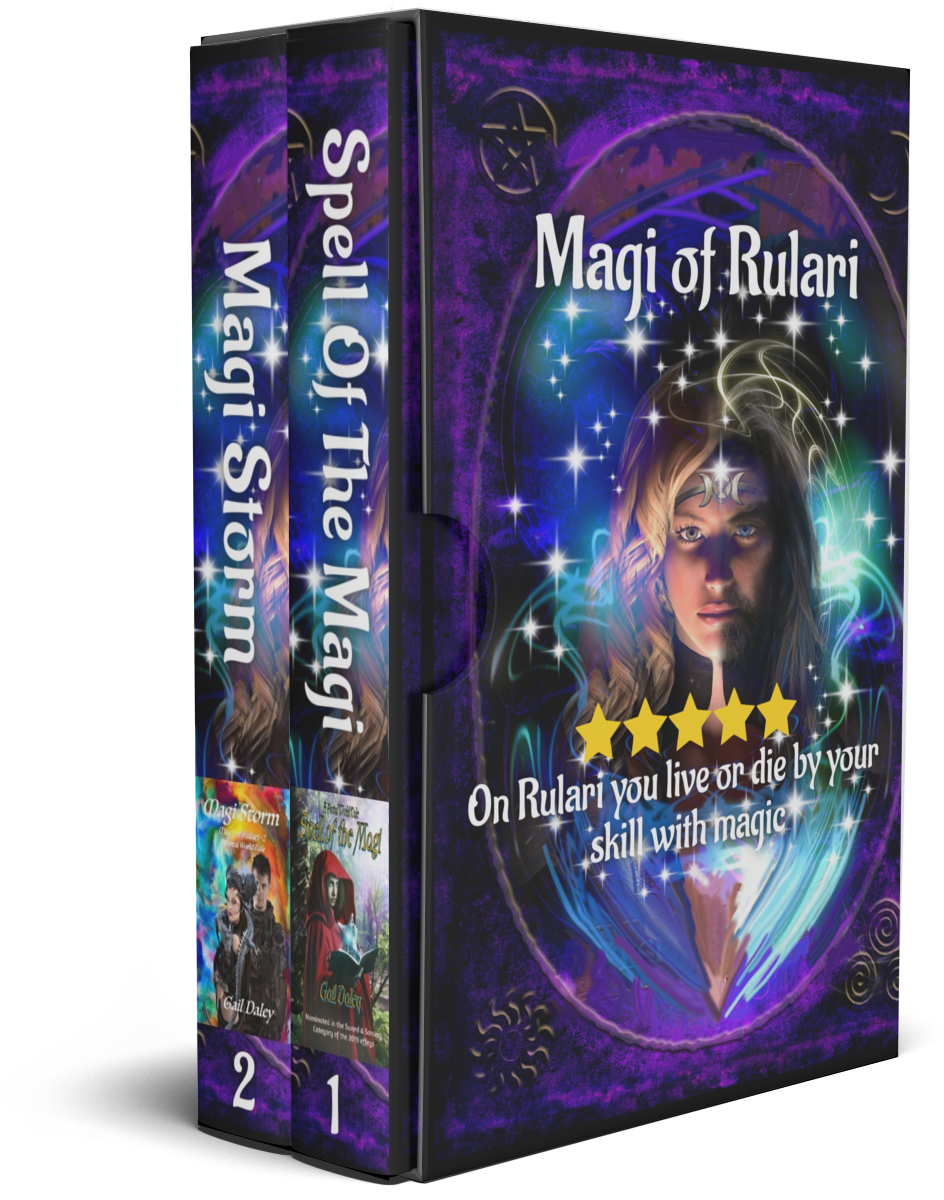 Nominated in the Sword & Sorcery Category in the 2019 EFFYs!

An Amnesiac Merc on the run falls for a sorceress hiding deadly secrets.

Rebecca was born to the Magi in a land where her talents with magic meant slavery or death. All her life she has hidden from the Shan's Witch Proctors who control the enchained Magi. To keep her family safe from them, she will risk anything, tell any lie, even trick an innocent man into a forbidden marriage. She never expected to fall in love with him. But it happened. Now she and Andre must defy the Proctors with nothing but her untried magic and his skill with a blade.

A simple act of kindness dumps a young healer into a web of Magic intrigue and war.

When Catrin arrives at the crumbling Wyvern Towers to unite Wild Magi Logan Silvermane aka the Weatherman, with his baby son, she discovers the place is in ruins. Logan is there on mission to convince an old friend to accept the new Magi Accords.

The Magi Accords will free Askela's enslaved Magi from the tyranny of the Proctors and help keep everyone safe from invasion by the nearby kingdom of Jacite. But there is a traitor at Wyvern Towers. Can Catrin & Logan convince a powerful wizard to return and take up the Magi defenses of Askela before a Jacite agent destroys them and Askela's best hope for peace? 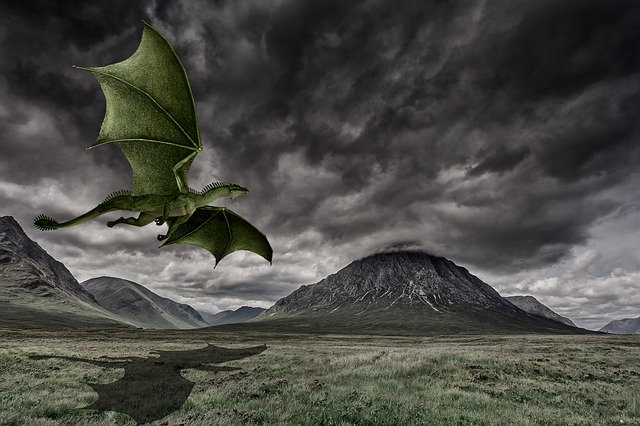 The Magi of Rulari chronicles the on-going saga of two very different peoples learning to live together on a very alien world. A world where magic works and you live or die by the sword.

On a planet called earth in the Milky Way Galaxy, a way to open a Portal from world to world was discovered in the late 22nd Century. A similar discovery happened on the world of the Sekhmet. Sekhmet was populated by a race of beings descended from felines as men were descended from primates. Were the new worlds found through the Portals simply other planets in the known galaxy or did they lead to other dimensions with different physical laws? Or perhaps—both?

Earth itself was constantly beset by strife and wars. The Portals became simply another item to be fought over. It came to pass that a group on the losing side of one of these conflicts captured and held a Portal for a space of half a year, and seeing inevitable defeat in their future, sent their families ahead to another world. As the winning armies flooded the city, the last of the losers fled through the Portal. when the last scientist went through the portal they erased their destination. So they couldn't be hunted down by their enemies.

On a planet called Sekhmet in an unnamed galaxy, there were many wars as well. On Sekhmet sentient life developed from a variety of feline ancestors instead of primates as it had on earth. The Sekhmet clans made war on each other and on their fellow tribe members with the same fervor as had the earthborn humans to each other. Then one day a respected Shaman and leader named Raani had a vision of the Sekhmet moving to another world and creating there a united culture based on all the tribes. He searched through their history and eventually found the formula for opening a pathway to another world in an old book. He sent out notices to the warring clans, telling them of a new world and offering to open it for them if they would agree to live there in peace with each other. Many Sekhmet tribes came through the Rulari Portal. The Maarhis (Lion), The Taigā (Tiger), The Pardus (Panther), and the Yowar (Lynx) are the most prominent.  Because the gates that gave access to the new world opened where the Ley Lines connected, both humans and Sekhmet arrived in the same areas of Rulari and at roughly the same time. Both groups found that they didn't have the planet to themselves as they had envisioned. Two such apex predatory species don't live in harmony with each other for very long.

Although at first both groups were tolerant of their dissimilarities, disputes began to arise between them, and over the next two hundred years a kind of armed hostility broken by periods of neutrality became a way of life between the two populations.

Both peoples discovered that not only did time march differently on Rulari, but this new world answered to the rule of will, of heart, of mind and of Magic as much as the laws science had governed earth and Sekhmet. Humans and Sekhmet proved adaptable to the new conditions and began to prize those families with the ingrained talent to use Magic. On Rulari, time marched differently than it did on either Earth or Sekhmet, and although the laws of science still worked, more powerful forces governed Rulari: the power of Magic. When they were cut off from their home worlds, both sets of immigrants needed to learn to control this new energy to survive.   Sekhmet called those with the innate ability to utilize the power in the Ley Lines Talkuri. Humans referred to them as Magi. Most Magi had the innate ability to learn Magic but affinity for certain types of abilities usually manifested in those with strong Magi talents.

Eager to utilize this new energy, Places Of Power were searched out by both Humans and Sekhmet. The Terrans established new portals enclosed in certain keeps at these locations. The Keeps were held by the most powerfully Magi gifted families.

Formidable wards were created and set in place to ensure the keeps stayed in the control of these families, who were sworn to serve the best interest of the Magic users or Magi as they came to be called. One of these ancient keeps was Ironlyn, on the northwestern sea of the country of Askela. It has been held by a family named Mabinogion for nearly two hundred years.

Another human power center was Wyvern Towers in the province of Ravenshell which lay halfway between Ironlyn and the human Capital of Khaso City. It now lies in ruins. Lacking Ironlyn's Merc-led defenses it was sacked and conquered by the Proctors.

In the country of Askela as well as other areas where the Ley Lines connected, the Sekhmet created temples devoted to the Various Gods worshiped by each tribe and established their own Power centers.

The Sekhmet clans met each year at a temple complex. Because no hostility between clans was permitted during the meetings the Sekhmet  used this time to broker treaties and settle disputes between themselves and the Humans. It was during one of these festivals in Askela that the Inter-Species Treaty was discussed and ratified by both peoples.